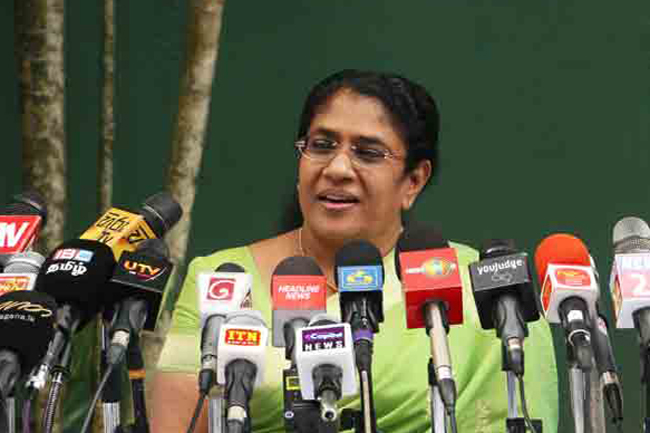 The Attorney General must make a statement on the comment made by the former Director General of the Bribery Commission, Solicitor General Dilrukshi Dias Wickremesinghe during a purported telephone conversation that she has had with the Avant-Garde chairman, says Minister of Justice and Prison Reforms Thalatha Atukorale.

The Justice Minister said she has the authority to inquire the Attorney General in this regard.

She made these remarks addressing a press conference held in Colombo.

Avant-Garde Chairman Nissanka Yapa Senadhipathi, who is currently receiving medical treatment in Singapore, had disclosed an alleged telephone conversation with Solicitor General Dilrukshi Dias when she was serving as the Director General of the Bribery Commission.