The Third Round of Senior Officials’ Talks between Sri Lanka and Australia was successfully held at the Ministry of Foreign Affairs, Colombo.

Both sides agreed to maintain the excellent momentum in the relationship, and underscored their commitment to a rule-based, open and inclusive regional order and to strengthening regional architecture, including the Indian Ocean Rim Association and the Indian Ocean Naval Symposium.

The Third round of Senior Officials’ Talks was preceded by the inaugural session of the Strategic Maritime Dialogue held between Sri Lanka and Australia on 16 September 2019 at the Ministry of Foreign Affairs. The Sri Lankan delegation was led by Additional Secretary, Multilateral Affairs of the Foreign Ministry Ahmed A. Jawad, while the Australian delegation was headed by First Assistant Secretary Dr. Lachlan Strahan. The Dialogue underlined the importance of working together on maritime safety and security in the Indian Ocean and collaborating on blue economy-related initiatives.

Since the establishment of diplomatic relations in 1947, Sri Lanka and Australia have enjoyed a longstanding bilateral relationship over seven decades, spanning diverse areas of cooperation, including political, economic, development and security spheres.

The Senior Officials’ Talks held biennially is the principal platform between Sri Lanka and Australia to take stock of the existing relations and to discuss avenues for strengthening future cooperation in keeping with policy priorities of the two countries.

The next round of Senior Officials’ Talks will be held in Canberra, Australia in 2021. 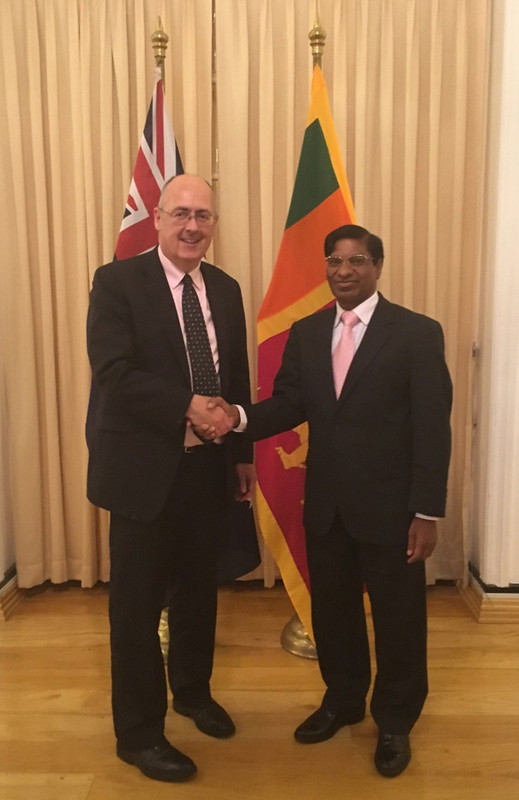