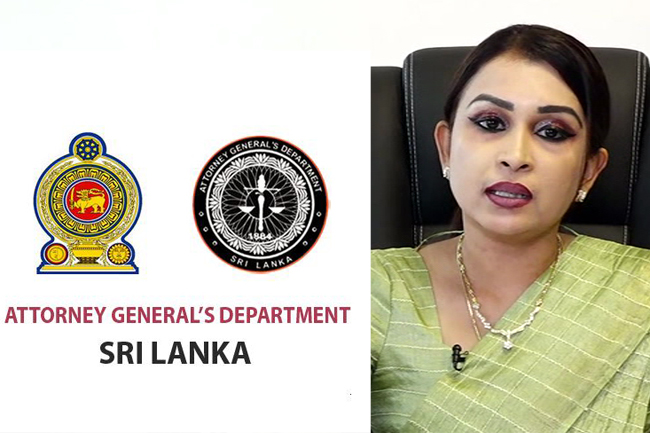 The Attorney General’s Department says it has concluded a total number of 10,093 lawsuits over the course of this year.

The Coordinating Officer of the Attorney General, State Counsel Nishara Jayaratne stated this at a media briefing.

She said 6,695 indictments were directed to high courts across the country during the past eight months, adding that the Attorney General has instructed the police stations pertaining to filing 1,778 cases at magistrate’s courts.

The Attorney General has further given instructions regarding 1,533 cases for acquittal rulings, Jayaratne continued.

5,169 criminal cases and 4,924 cases concerning child abuses have also been concluded, according to AG’s coordinating officer.

She added that this is a historic record marked by the Attorney General’s Department.