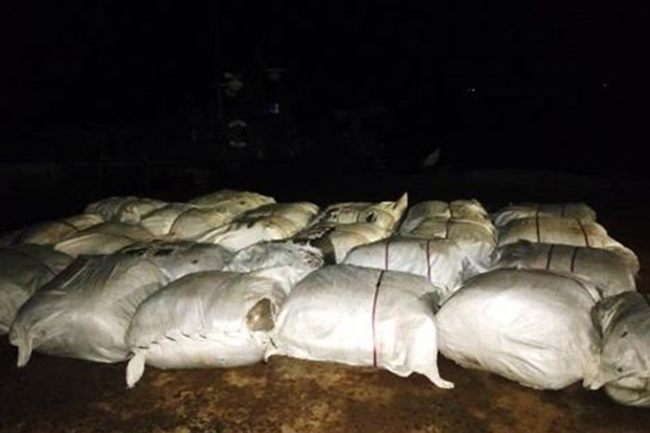 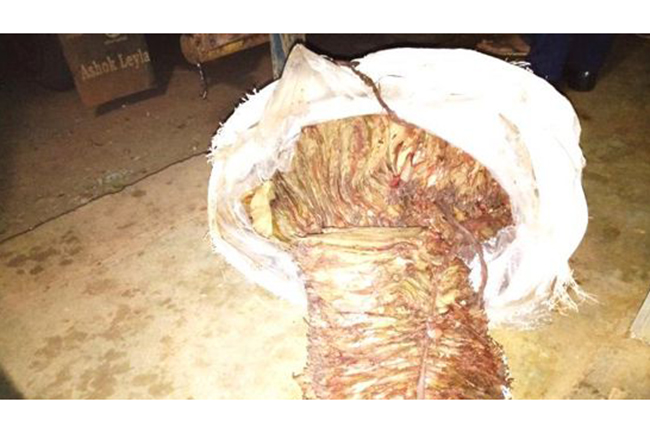 Haul of over 1,000kg of Beedi leaves found on Iranativu Island

The Navy, during a search carried out on the Iranativu Island, has found a stock of Beedi leaves that weighed over 1,000 kilograms.

The haul, which contained 1616kg of beedi leaves, has been handed over to the Jaffna Customs for further investigation.

Over 34000kg of Beedi leaves have been seized during naval operations so far during the past few months of this year, the Navy said in a release.

The Navy stressed on conducting continued raids to tighten its grip on such activities taking place in the waters around the island.