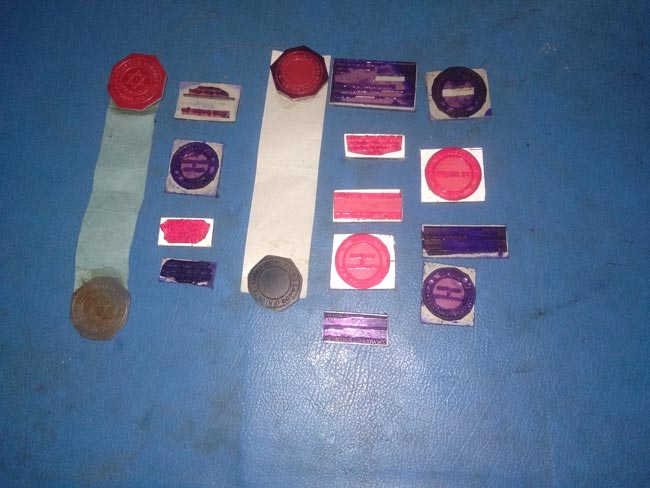 The Special Crime Investigation Unit of Negombo has raided an illegal press that had produced fake documents in Kalyana Mawatha, Wattala.

Three suspects who had operated at the place have also been arrested on the raid.

The police have seized 18 fake official seals, various letterheads and fake documents from the place.

The arrestees are residents of Wattala, Ganemulla and Maradankadawala areas.

They are set to be produced before the Negombo Magistrate’s Court.