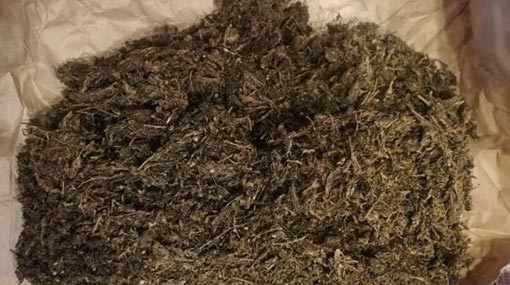 The Navy with the assistance of Police apprehended a suspect during a raid conducted in Lahugala, Pottuvil yesterday (21).

According to the Sri Lanka Navy, a suspicious person was interrogated during a joint raid carried out by the Southeastern Naval Command and the Pottuvil Police in the Lahugala area.

The suspect was subsequently apprehended for keeping 468g of local cannabis in his possession. It was further revealed that he was transferring cannabis from Lahugala to Pottuvil.

The suspect has been identified as a drug peddler and a resident of Lahugala, aged 43.

The accused along with cannabis was handed over to the Pottuvil Police for onward action. The Navy will continue its operations across the island to nab drug traffickers as well as those who keep such substances in their possession.