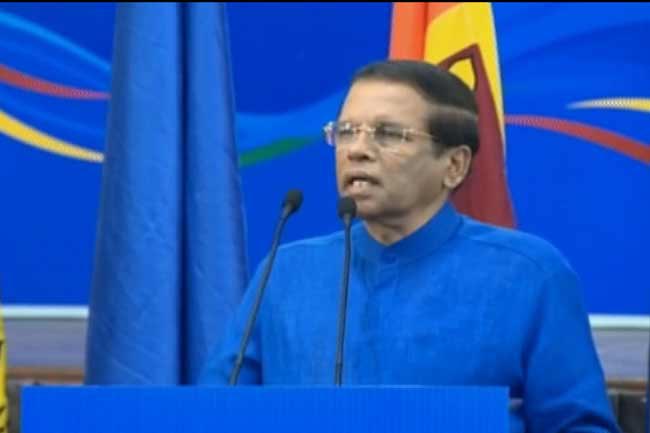 SLFP is the decisive factor at presidential election - President

President Maithripala Sirisena says the Sri Lanka Freedom Party (SLFP) will be the decisive factor in the forthcoming presidential election.

The President points out that no party can win the election without the support of the SLFP.

President Sirisena made this statement addressing the Matara district SLFP convention this evening (22).

He further said that only SLFP has the ability to hold a government following the election.

The SLFP Matara district convention was held at the Weligama Town Hall this afternoon under the patronage of Party Leader President Maithripala Sirisena.