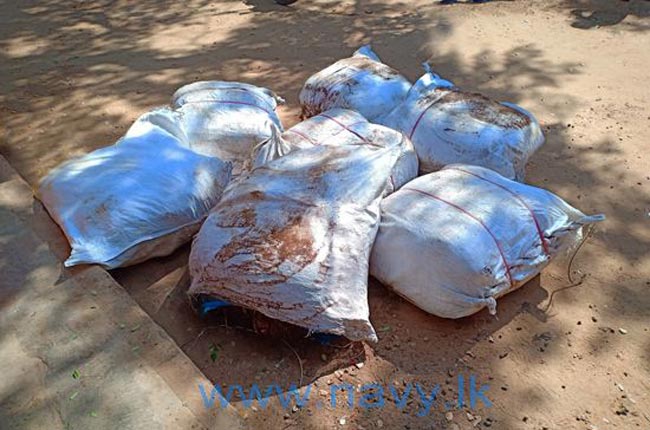 The Sri Lanka Navy, during the search operations, carried out in the sea area east of the Iranativu Island and off Walaipadu-Kilinochchi, recovered a stock of Beedi leaves.

During search operations conducted in waters east of the Iranativu Island and off Walaipadu in Kilinochchi, the North Central Naval Command had spotted 07 suspicious parcels being adrift, stated Sri Lanka Navy.

Upon further investigation, the Navy managed to find 470kg of Beedi leaves inside those packages.

The seized stock of Beedi leaves will be handed over to the Jaffna Customs for onward action, stated the SL Navy.

The Navy has recovered over 2,000kg of Beedi leaves during naval operations conducted in the North Central Naval Command, this month alone.