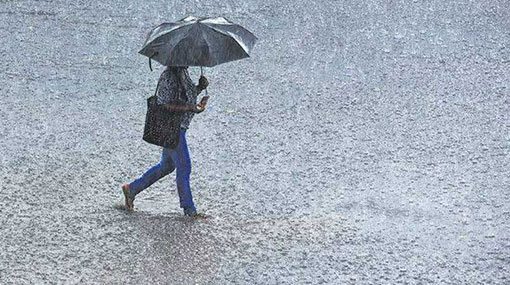 Prevailing showery conditions over the island are expected to enhance to some extent during next few days, the Department of Meteorology said.

Showers or thundershowers are expected to occur over most parts of the island, it said issuing an advisory for heavy rain.

Very heavy rainfall above 150 mm are likely at some places in Southern, Sabaragamuwa, Central and Western provinces.

Fairly heavy rainfall above 75 mm are likely at some places in North-western, Northern, Uva and Eastern provinces.

Showers or thundershowers will occur at several places in the sea areas around the island. Heavy showers can be expected in the sea area extending from Balapitiya to Hambantota via Galle.