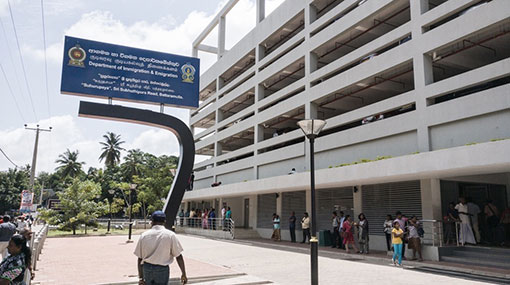 A tense situation has been reported among people who had arrived at the Department of Immigration & Emigration in Battaramulla this morning (23).

Ada Derana reporter said that the activities and services at the department have come to a standstill owing to the trade union action launched by a section of employees today.

Non-executive officers at the department are on strike while it has been reported that only passport applications for one-day service are being accepted and processed.

This has angered many people who had arrived at the Department of Immigration & Emigration since the early hours today, including those who have traveled long distances while unaware of the trade union action, resulting in the tense situation.

Meanwhile severe traffic congestion has also been reported at the Battamulla Junction owing to this.