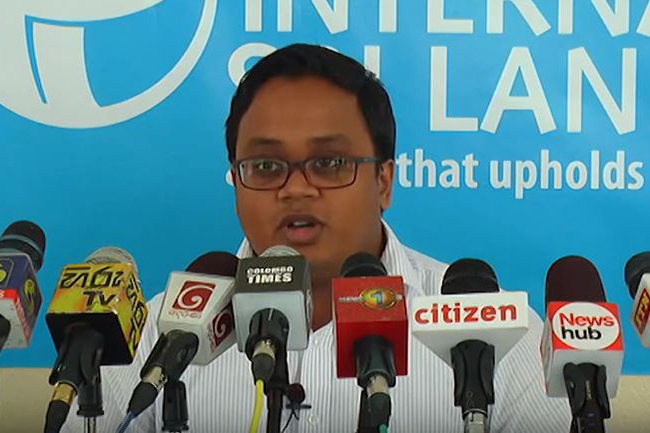 Transparency International Sri Lanka (TISL) says that 10 complaints in total have been received regarding public resources being misused for election campaigning purposes.

The TISL has launched a hotline through which the general public will be able to report incidents where public resources are being misused for election campaigning purposes.

The Program for the Protection of Public Resources (PPPR), the election monitoring arm of TISL, has played a significant role as an election monitor since 2002 and serves as the only monitor exclusively focused on the misuse of public property.

Ahead of the 2019 Presidential Election, the PPPR has mobilised 25 district level observers who will be responsible for coordinating 160 observers in each electorate in the country.

TISL calls on all candidates, political parties, public officials and the media to ensure compliance with regulations and circulars issued by the Elections Commission.

Special attention should be drawn towards the directions contained in the extraordinary gazette notification issued by the Elections Commission, number 2141/52 of 19 September 2019. The gazette notification provides clear directions on the conduct of public officials, the use of state-owned vehicles and buildings and the conduct of special events amongst other things.

TISL Executive Director Asoka Obeyesekere has said, “It is important that all public officials, ranging from those working in Local Government Authorities to those employed at State-Owned Enterprises, are aware of the strict penalties for violations. Failure to comply with directions of the Elections Commission could result in public officials facing up to 3 years imprisonment as per article 104GG of the Constitution”.

Obeyesekere added, “it is important that public officials are mindful of incidents of misuse of public property during elections which have led to the conviction of senior officials in recent years. We hope that such instances will serve as a deterrent and will encourage those currently in public service to safeguard themselves from political interference.”