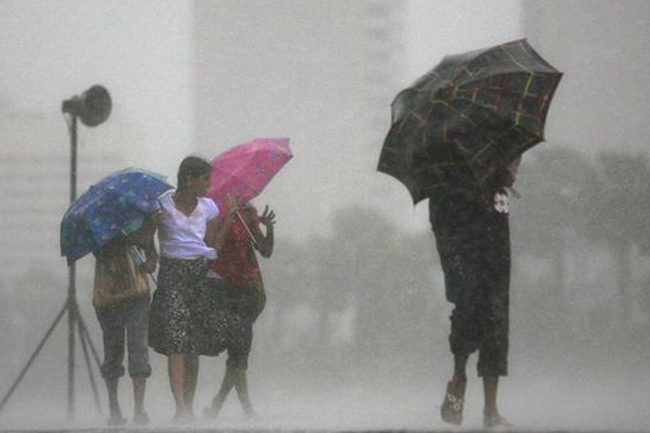 Thundershowers possible in most parts of the island

The possibility is still high for afternoon or evening thundershowers over most parts of the island, according to the Department of Meteorology.

Showers or thundershowers will occur over most parts of the island particularly after 2.00 p.m.

Fairly heavy rainfall about 75-100 mm are likely at some places in Central, Sabaragamuwa, Southern, Western and Uva provinces and in Anuradhapura, Vavuniya and Mannar districts.

Light showers may occur in coastal areas of Western and Southern provinces and in Puttalam, Ampara and Batticaloa districts in the morning too.

Showers or thundershowers will occur at several places in the sea areas extending from Mannar to Kankesanturai during the evening or night.

Winds will be south-westerly or variable in direction and speed will be 10-30 kmph in the sea areas around the island.