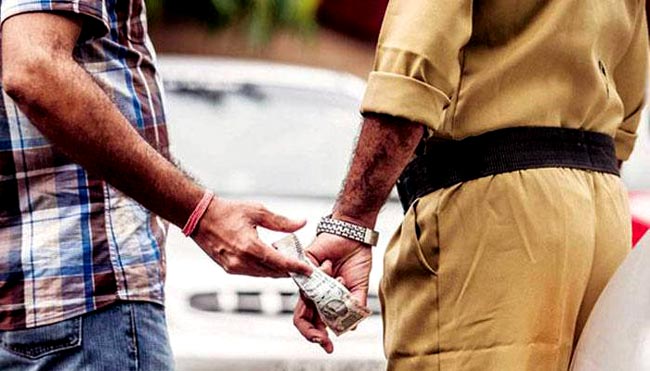 An individual who attempted to bribe a police officer has been arrested in Dambulla, at around 3 pm yesterday (09).

Reportedly, the relevant person has attempted to bribe a police officer on court duty at the Dambulla Police Station.

He had requested the police officer to expedite the proceedings of a case filed under charges related to heroin at the Dambulla Magistrate’s Court.

He had been arrested when attempting to bribe the relevant officer with Rs 10,000.

The arrestee is a 41-year-old male residing in the Kekirawa area and is set to be produced before the Dambulla Magistrate’s Court today (10).

Dambulla police have commenced investigations into the matter.