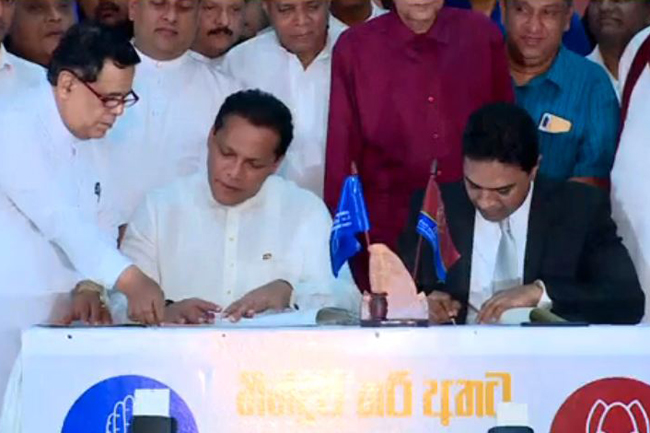 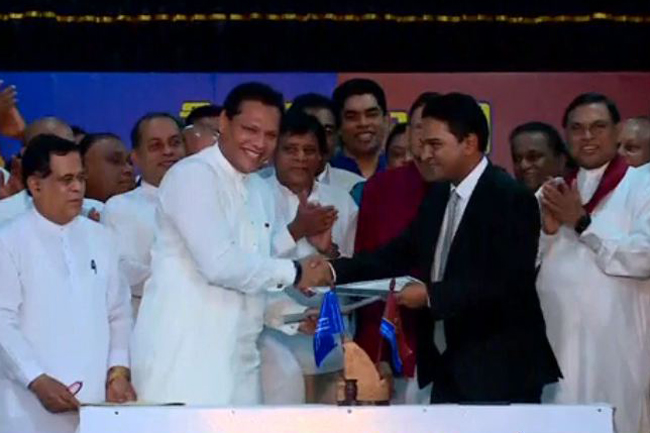 MoU between SLFP and SLPP inked

The Sri Lanka Freedom Party (SLFP) and Sri Lanka Podujana Peramuna have signed a Memorandum of Understanding (MoU) a short while ago.

The ceremony is taking place at the Sri Lanka Foundation Institute (SLFI) in Colombo.

Addressing the ceremony MP Dayasiri Jayasekara said, it was the national forces including the Maha Sangha that played a prominent role in the union of the SLFP and the SLPP.

He added that President Maithripala Sirisena, the SLFP’s Central Committee members, electoral organizers, Pradeshiya Sabha members representing the SLFP and the supporters of the party also endeavoured to strengthen the party.

During the multiple rounds of talks held between the SLFP and SLPP, a fine series of policies was prepared, he said adding that 27 policies were accorded by the two parties.

He stressed that the SLFP and SLPP do not have a significant difference as political parties.

This decision to sign the MoU was announced at a special SLFP press conference held last morning (09), after several rounds of talks going back-and-forth between the two parties over the past couple of months and also after delaying the announcing of the decision multiple times.

The SLFP yesterday (09) confirmed that the party would be supporting SLPP’s candidate Gotabaya Rajapaksa in the upcoming Presidential Election.