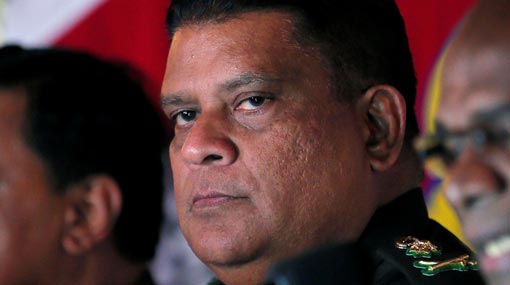 The Commander of the Army Lieutenant General Shavendra Silva says he is focused on taking necessary policy decisions to raise the quality of the Sri Lanka Army.

The Commander mentioned this speaking at the 70th Army Day which was commemorated at Galle Face Green this morning (10) colored with a mammoth parade.

Addressing the gathering, Silva proposed 7 concepts that could contribute to the realization and empowerment of the immense task the Army has to perform for the protection of human lives.

According to him, National Security, Contribution to Nation-Building and Reconciliation, Enhancement of skills and educative programmes of Army personnel, Promotion of professional conduct of all ranks, Provision of vocational training for potential retirees during pre-retirement period, Enhancement of Welfare facilities for Officers and Other Ranks, and Modernization of the Army to meet with current challenges are among those concepts.

Speaking to the Sri Lanka Army, he said that they must unfailingly be dedicated to safeguard the security of the country and be well-prepared to effectively counter the unexpected threats to the country since it is the prioritized role of any army.

Meanwhile, a total of 210 Officers and 7000 Other Ranks for the first time of the Army history were granted promotions and confirmation of their ranks to coincide with the landmark event.