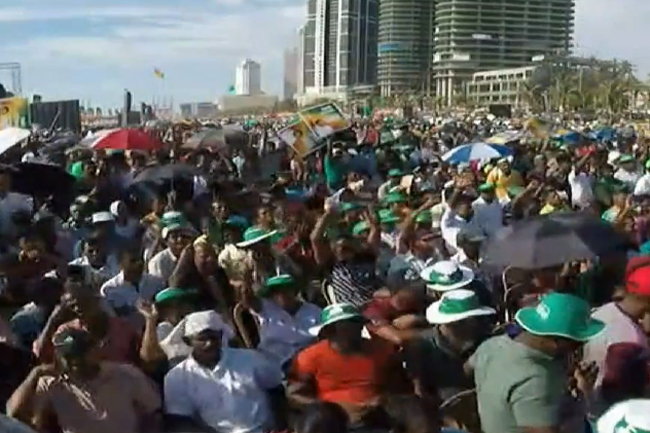 The inaugural campaign rally of New Democratic Front in support of presidential hopeful Minister Sajith Premadasa has commenced a short while ago.

The event is taking place at the Galle Face Green at present.

A large number of supporters have also attended the event.