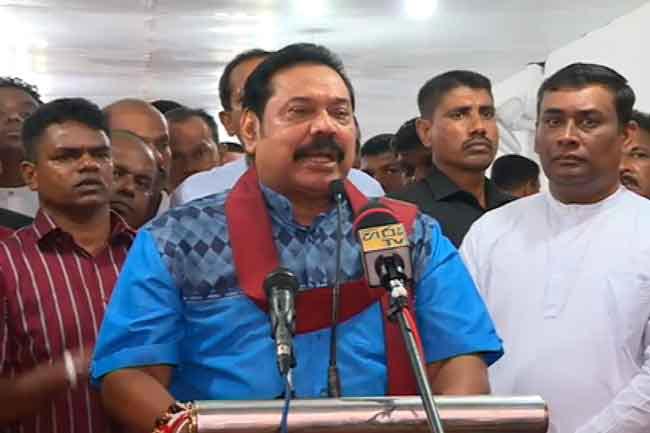 Opposition Leader Mahinda Rajapaksa has called on supporters to celebrate the victory of the Sri Lanka Podujana Peramuna (SLPP) at the Elpitiya Pradeshiya Sabha Election tomorrow (11).

He mentioned this to the media following an event held in Mawathagama to declare open a party office for SLPP.

The President has made a good decision to be neutral at the upcoming presidential election.

Meanwhile, everyone else in the Sri Lanka Freedom Party (SLFP) has decided to support Gotabaya Rajapaksa.

Get ready to celebrate our victory with the results of Elpitiya. The Elpitiya election will bring really good results.

Following this immense victory, Gotabaya Rajapaksa will definitely  become the President on the 16th of November.”