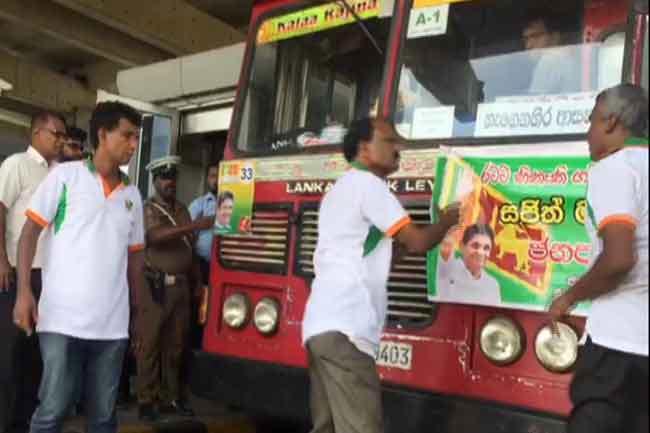 A bus that transported supporters to Presidential Candidate Sajith Premadasa’s rally at the Galle Face Green has caused a heated situation near a toll gate of the expressway.

Reportedly, the bus carrying the supporters had refused to pay the toll charges levied at the expressway toll gates.

This caused a tense situation between the supporters and the officials at the toll gate.