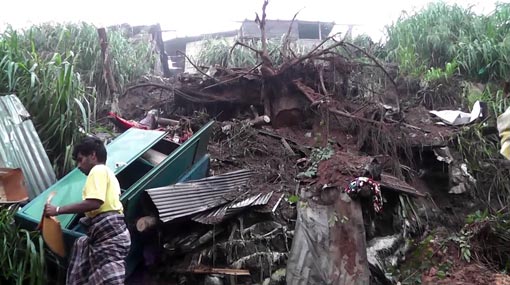 Three persons have been killed and another injured when a tree fell down on a house in Welimada last night (12), stated the Police Media Division.

Reportedly, the tree had fallen on to an unauthorized dwelling situated near the Pradeshiya Sabha building in Welimada Town.

The incident which occurred at around 9.45 pm last night, has killed three including a young woman and 2 children.

Four persons have been admitted to the Welimada Hospital following the incident where 3 succumbed to their injuries.

An 18-year-old female, and 2 male children, aged 14 and 10, have been killed in the incident, according to the Police.

The injured individual is currently receiving treatment at the Welimada Hospital.

Ada Derana reporter said that the injured persons were sent to a hospital through the efforts of the residents in the area.