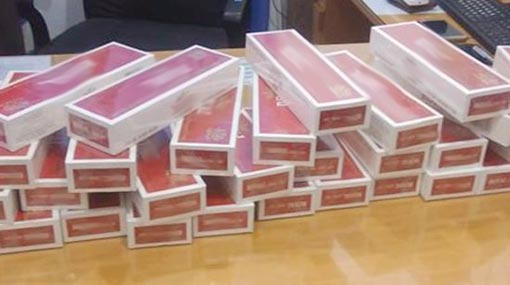 The Sri Lanka Navy in coordination with the Police apprehended 03 persons with a stock of illegal cigarettes at Sippikulam in Hambantota today (13).

The Southern Naval Command in coordination with the Police Anti-Corruption Unit of Hambantota carried out a raid in the Sippikulam area and apprehended 03 suspects transferring the stock of illegal cigarettes by a small van.

The seized 350 packets contained 7000 illegal cigarettes, according to the Sri Lanka Navy.

It was revealed that the suspects were transferring the stock with the intention of handing them over to another dealer in Hambantota.

The suspects along with the illegal stock of cigarettes were handed over to the Hambantota Police for onward action.