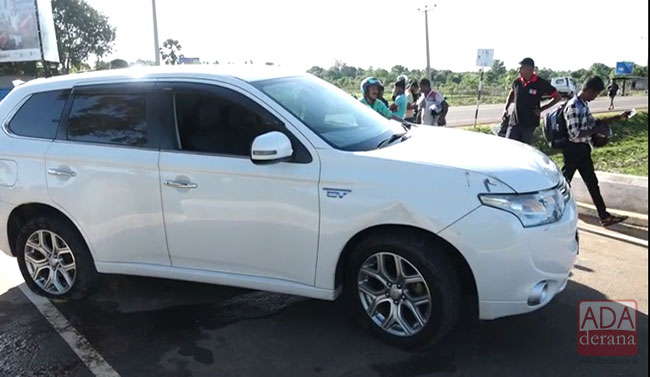 One person has been injured and hospitalised after police opened fire at a vehicle which had failed to heed orders to stop at Ariviyal Nagar, Kilinochchi.

The incident had reportedly occurred at around 6.20 a.m. this morning (14).

Based on information received by officers of the Kilinochchi division anti-vice unit that a large stock of cannabis is being transported in this vehicle, a team of officers were dispatched to apprehend the suspects.

The police officers had repeatedly ordered the suspicious vehicle to stop, however the vehicle had reportedly ignored orders and continued to speed away.

This had prompted the police officers to open fire at the SUV resulting in injuries to one of the passengers of the vehicle who has been admitted to the Kilinochchi Hospital.

However, it has later been uncovered that several officers from the Kebithigollewa Excise Unit were traveling in the vehicle in question and that the wounded person was one of their informants.