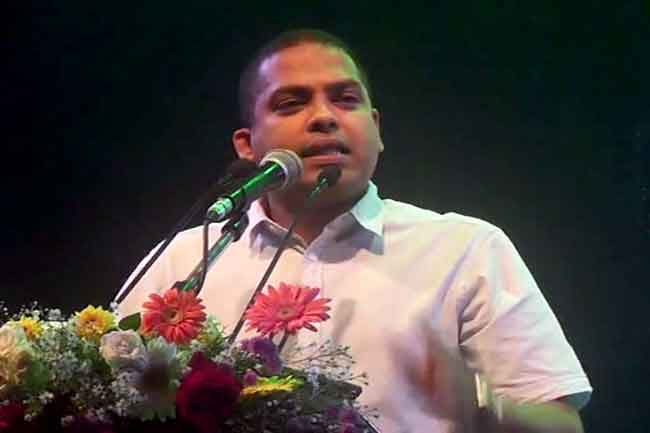 We dont give five cents about Elpitiya PS poll - Harin

Minister Harin Fernando says that politics is not about distributing ‘Sil’ clothes and other goods to obtain votes and that the country faces a gloomy future if it fails to elect a leader with a clear vision.

Addressing a public rally held at Diyathalawa on Sunday (13), he also expressed views on the results of the recent Elpitiya Pradeshiya Sabha Election, which the SLPP won by a significant margin.

“That is like taking part in an ‘Avurudu Kumari’ contest when we have the chance to become ‘Miss World’,” Fernando added.