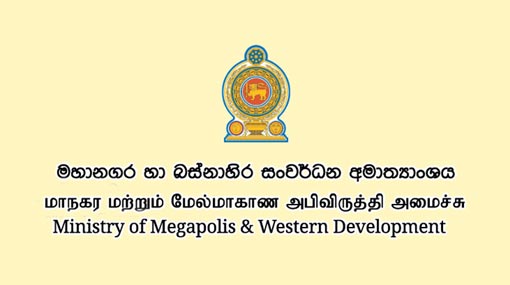 The Ministry of Megapolis and Western Development has decided to discontinue accepting solid waste of the Colombo Municipal Council (CMC) to the Aruwakkalu Sanitary Landfill.

In a letter addressed to the Commissioner of the CMC, the Ministry stated that accepting CMC waste will be discontinued, with effect from the 16th of October 2019.

The decision was taken over a statement made by Mayoress of Colombo Rosy Senanayake to a local newspaper on the Aruwakkalu Sanitary Landfill.

According to the letter, Senanayake had stated that ‘Aruwakkalu is a failed project and that they have not been able to deliver what they promised, but all those Ministers started taking ransom from me’.

Commenting on her statement, the Ministry of Megapolis stated that the Ministry has taken every measure to resolve the solid waste disposal issue complying with all rules, regulations and environmental guidelines.

The Ministry pointed out that the only solution for the Colombo waste disposal issue is the partially completed Aruwakkalu Sanitary Landfill as the Kerawalapitiya site has reached its capacity.

The letter further reads that the statement made by Mayoress Senanayake is “very disturbing and implies that Colombo Municipal Council is capable of finding a better solution for dumping their waste.”

Therefore, the Ministry stated that they will discontinue accepting municipal solid waste to the partially completed Aruwakkalu Sanitary Landfill with effect from tomorrow.

The letter has been signed by the Secretary to the Ministry Nihal Rupasinghe.