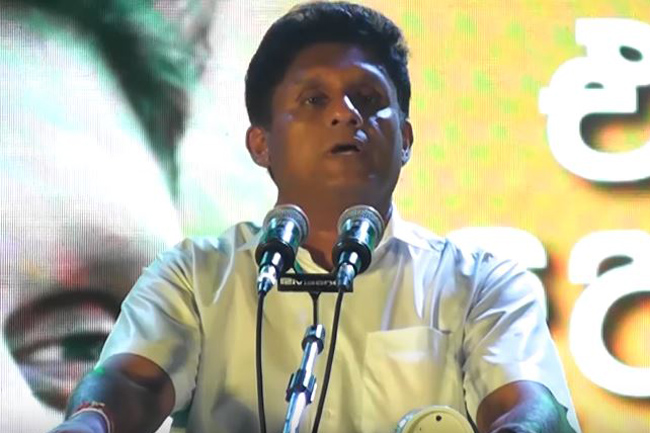 My attempt is not to drive people to deathbeds  Sajith

The presidential candidate of New Democratic Front (NDF) says his attempt is to liberate the common man from the tax burden.

Addressing a public meeting in Narammala last evening (15), Premadasa said he would strengthen the Dambadeniya area economically by boosting the industries.

The leader of the country must realized the common man’s pain and tears, he said pointing out that the country’s citizens are now heavily burdened with taxes to the point that they are suffocated. “My attempt is not to drive the general public to their deathbeds. It is my opponent who has such intentions, not me,” Premadasa stressed.

While emphasizing on the importance of protecting nature, Premadasa said the citizens cannot be burdened with taxes, hence vowed to remove the carbon tax.