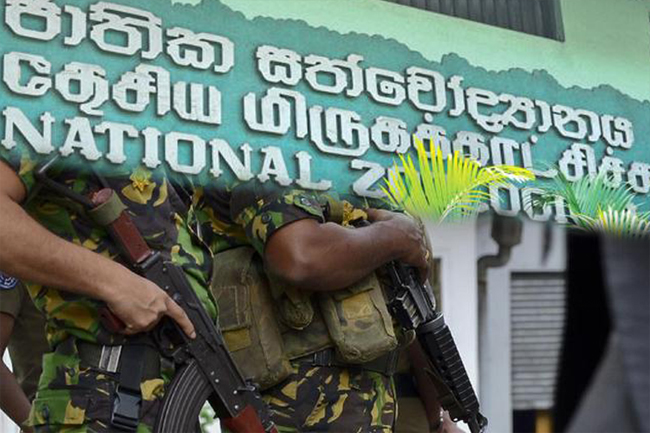 The Police Special Task Force (STF) has arrested four suspects along with 683g of heroin.

The main suspect is said to be employed at the Dehiwala Zoological Garden.

Acting on a tip-off received by the STF officers last evening (16), a suspect was arrested while in possession of 100g of heroin.

It is reported that the 34-year-old suspect, Kasun Shehan Kaluwitharana, is a resident of both Badowita and Kawdana area in Dehiwala, the Police Spokesperson SP Ruwan Gunasekara said.

Further interrogations into this suspect had led to the arrest of another along with 100g of heroin at Kawdana area. This suspect, who is a zoo worker, is reportedly a 41-year-old named Nalaka Pushpakumara. He is a resident of Kalubowila area in Dehiwala.

The STF had interrogated the arrested zoo worker further only to seize more heroin weighing at 400g, which was hidden inside a cupboard at his office in the Dehiwala Zoological Garden.

Accordingly, a total amount of 500g of heroin has been seized from the zoo worker.

The Police said this suspect had racketeered heroin inside the zoological garden.

During the interrogations conducted into these two suspects, the STF had uncovered information regarding a luxury vehicle in Katubedda area. Upon inspecting the said vehicle, two persons were taken into custody. The driver had been in possession of 68g of heroin and cash worth Rs 2 million.

The STF had seized 15g of heroin, a pistol, a magazine and 5 rounds of 9mm live ammunition from Mohamed Junedeen.

Accordingly, the STF has recovered 683g of heroin from the entire mission conducted to apprehend these drug dealers.

The STF has uncovered information that this heroin racket was steered by an inmate of the Welikada Prison.