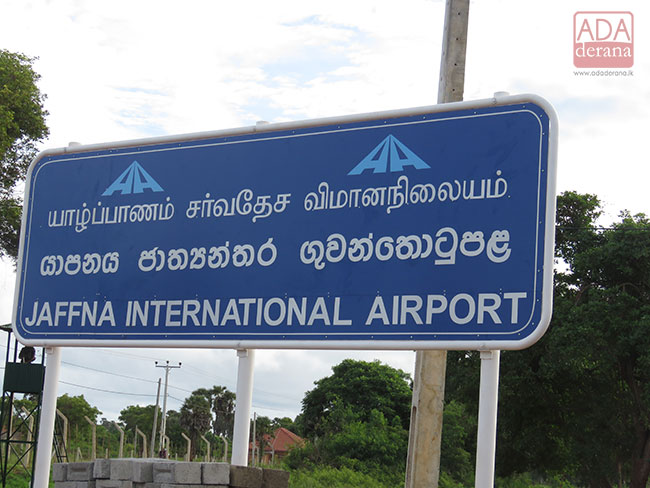 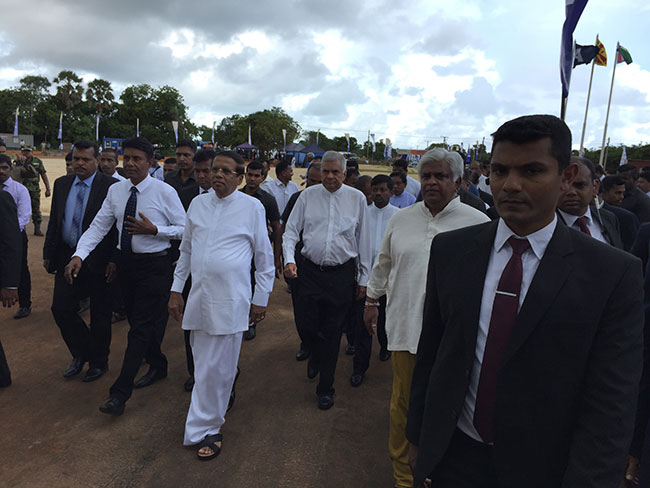 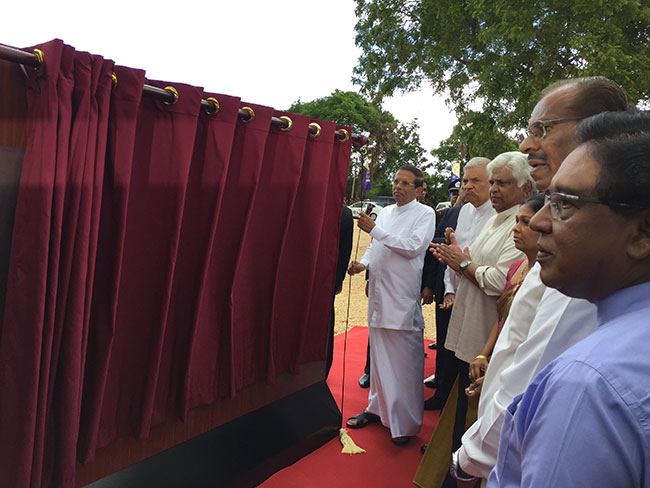 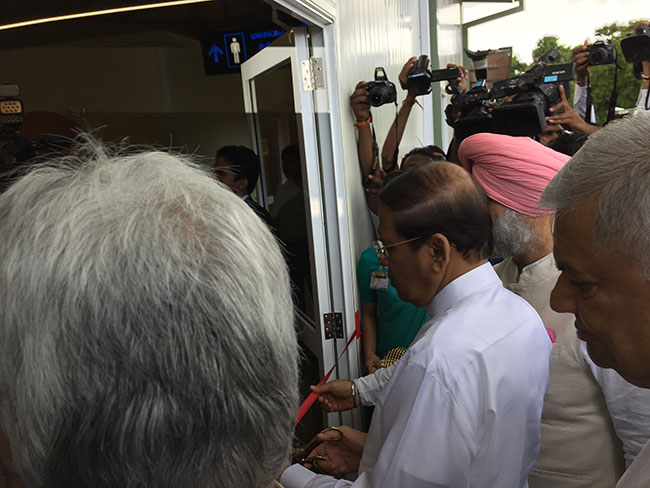 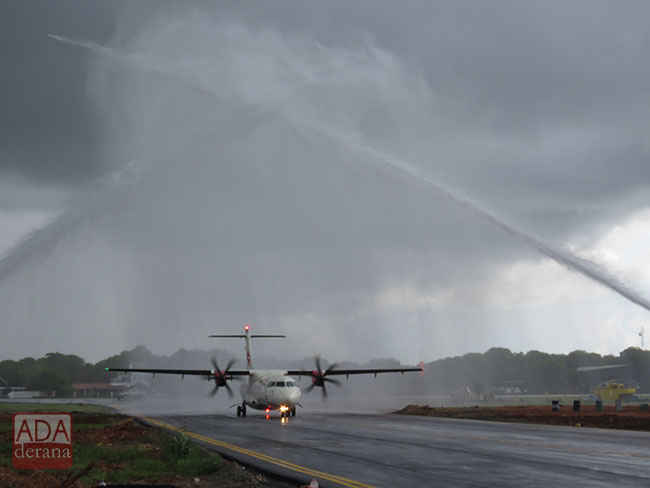 It is the third international airport in Sri Lanka and was was constructed at a cost of Rs. 2,250 million  in Palaly in the Northern Province.

The Government of Sri Lanka funded Rs. 1,950 million while the Government of India contributed Rs. 300 million for the project which will be completed in three phases. Under the first phase 950 meters in the runway has been carpeted.

The daily flight operations at Palali International Airport will commence from November.

Marking inauguration of Jaffna International Airport, Alliance Air (the subsidiary of Air India) launched a flight to the airport with invitees from the aviation industry on Thursday.

Jaffna will be the airline’s 55th and first international addition to the list.

The runway length has been extended from 950 to 1,400 metres to facilitate ATR 72 aircraft carrying 70 passengers.

Minister Arjuna Ranatunga said the airport built with Indian assistance marks an important development for the region as well as whole of Sri Lanka.

Formerly known as Palaly Airport and Sri Lanka Air Force (SLAF) Palaly, the airport has a history tracing back to Second World War wherein it was built by the Royal Air Force of Britain and served as the country’s second international airport before being taken over by the Sri Lanka Air Force.

Under phase 2, the runway length will be extended up to 2300 metres allowing for bigger aircraft. The decision to develop the Jaffna Airport to operate regional commercial flights was taken on August 6.

The Cabinet memorandum in this regard was submitted by Prime Minister Ranil Wickremesinghe to develop the airport to operate commercial flights and to promote tourism.