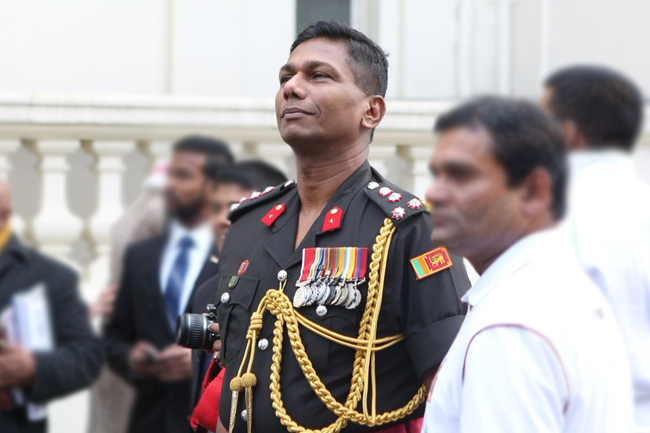 A fresh trial has been commenced against former Sri Lankan Defence Attaché in Sri Lanka High Commission in London Brigadier Priyanka Fernando, who was charged for making a threatening gesture towards a group of L.T.T.E. supporters back in 2018.

Accordingly, Brigadier Fernando will be on trial at the Westminster Magistrates Court in the United Kingdom (UK) starting from today (18).

He was charged for making repeated cut-throat gestures towards a group of L.T.T.E. supporters who had been conducting a protest in front of the Sri Lanka High Commission in London on the 4th of February 2018.

The International Centre for Prevention and Prosecution of Genocide (ICPPG), in a media release, said it assisted the victims to bring the private prosecutors with the legal representations of the Public Interest Law Centre (PILC).

A three-member British judge bench, headed by the Chief Magistrate Ms Sonia Henley, who found Brigadier Fernando guilty of causing harassment, alarm and distress to Tamil protesters with his gestures, haf issued an Arrest Warrant on him at a previous trial.

The warrant was later withdrawn following the intervention of the Foreign Ministry of Sri Lanka.