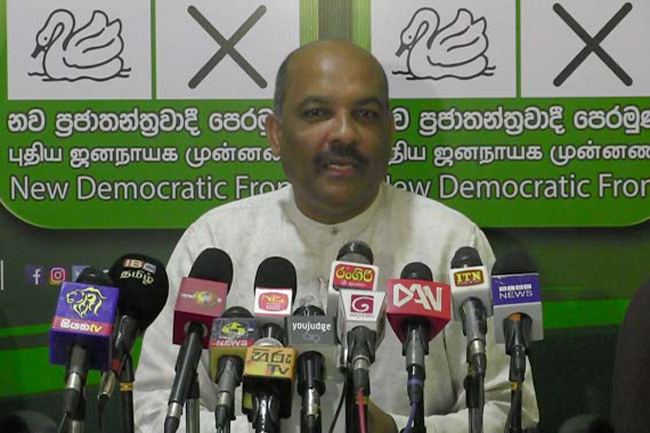 UNP Parliamentarian Palitha Range Bandara says the dissidents had criticized the nameboard of the Jaffna International Airport without a proper understanding on the Constitution.

He stated this speaking at a press conference held today (18).

Referring to the Constitution, MP Range Bandara said the legislation mentions both Sinhala and Tamil languages as the official languages of the country and requires the Tamil language to be mentioned first in the nameboards installed at the areas where the majority of the population comprises of Tamils.

The dissidents have not recognized the worth of establishing the Jaffna International Airport but readily make accusations citing various other reasons.

The Jaffna International Airport was declared open yesterday (16) and its nameboard soon became the concern of many as it carried the Airport’s name in the Tamil language atop the Sinhala language.