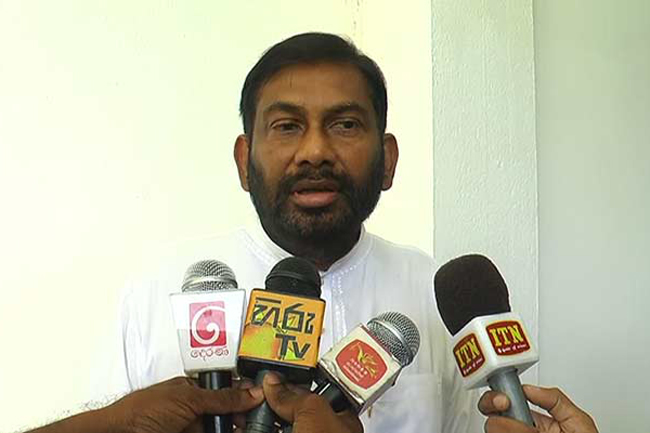 Minister of Primary Industries and Social Empowerment Daya Gamage today recorded his statement with the Presidential Commission of Inquiry over the probes into the alleged loss incurred to the government during the paddy storage at the Mattala International Airport.

Minister Gamage today (18) arrived at the Presidential Commission of Inquiry probing the serious acts of fraud, corruption, and abuse of power, state resources, and privileges from 2015 to 2018.

Responding to the questions raised by the media persons after recording his statement with the Commission, the Minister said the prices of local paddy went down in 2015 as then-government had largely imported paddy by the end of 2014.

Owing to this situation, the incumbent government had to purchase paddy from local farmers as private buyers did not come forward to purchase the paddy stocks and these were later stored at the Mattala International Airport, he added.

This decision was taken by the committee appointed to look into the issue concerning paddy purchase, the Minister said stressing that there had been no need to damage the paddy storage at the Airport.

Meanwhile, the former Chairman of the Paddy Marketing Board (PMB) Mr. M. Bandara recently told the Presidential Commission of Inquiry that storing paddy at the Mattala International Airport was discussed with the relevant authorities as there had been limited facilities to store paddy back in 2015.

However, the authorities of the Airport had strictly rejected the idea, Mr. Bandara further told the Commission.

He also stated that this was discussed at length with Minister Daya Gamage and as a decision was taken at the time to store paddy at the Airport due to the promises given during election campaigns, nearly 4000 metric tonnes of paddy was stored at the Airport.