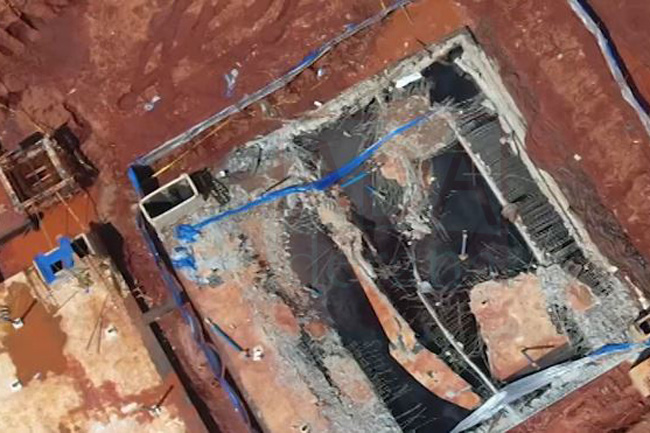 The final report of the inspection conducted by the Government Analyst on the minor explosion at the Aruwakkalu landfill site has been submitted to the Puttalam Magistrate’s Court and the Wanathawilluwa Police.

A spokesperson of the Ministry of Megapolis and Western Development said the Wanathawilluwa Police was given instructions to carry out further investigations on the incident.

According to the spokesperson, more information was uncovered from the inspections that the Government Analyst had conducted at ministerial level on the explosion.

Commenting further, he said, speculations are rife if this minor explosion was a disruptive activity.

A minor explosion was reported at the Aruwakkalu landfill site at around 8.45 pm on the 7th of October.

The surface of a water-collecting regulatory tank at the Aruwakkalu landfill site was destroyed in the explosion. Initially, it was suspected that methane gas had been the reason for the explosion, however, the Ministry of Megapolis and Western Development stressed that a tank with a thick concrete covering cannot be exploded by methane gas.

Accordingly, the Government Analyst had conducted a special investigation at the site under the directives of the Ministry of Megapolis and Western Development.