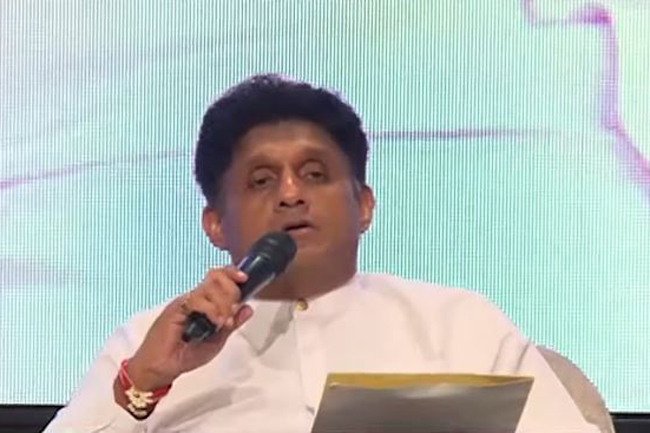 Im not a tax-and-spend politician - Sajith

The presidential candidate of New Democratic Front Minister Sajith Premadasa says the new administration that they would form following the Presidential Election victory will design its fiscal and monetary policies to ensure that private enterprise is given the maximum amount of opportunity to participate in the wealth creation process.

He stated this addressing a meeting held with the country’s entrepreneurs at Colombo yesterday (18). The meeting was also co-chaired by Non-Cabinet Minister of Economic Reforms and Public Distribution Harsha de Silva and Minister of Finance Mangala Samaraweera.

Entrepreneurs will be provided with the maximum demand-side and supply-side support, Premadasa says.

“Our new economic policy will be dictated by the fact that we have to maximize our national interest,” he added.

Responding to a question on taxes, Premadasa said the people are already heavily taxed.

The Minister says he is not the usual tax-and-spend politician. He vowed to reduce the existing taxes and reform the tax system to encourage the private entrepreneurship to grow and expand.

“We shall ensure that there is an efficient and vibrant national welfare state. As a country we will have a common minimum programme that takes care of the less fortunate in our society,” he continued.

Summing up, the Minister said he believes in competitive markets and also in social justice.