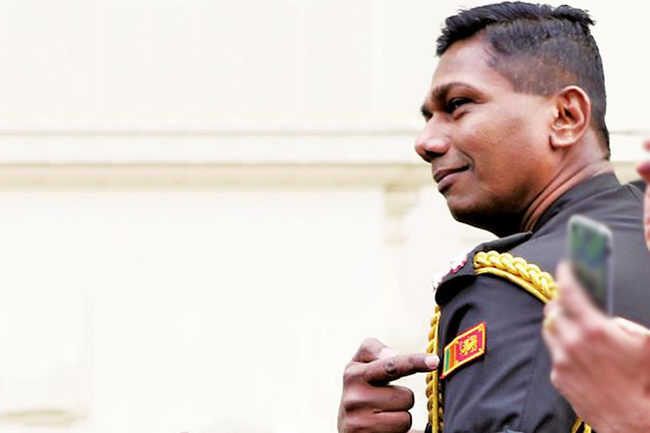 Sri Lanka reiterates that it continues to maintain that Brigadier Priyanka Fernando as a diplomat, who was attached to the Sri Lanka High Commission in London, is entitled to diplomatic immunity as per the Vienna Convention on Diplomatic Relations of 1961.

The Ministry of Foreign Affairs, issuing a media releases on the re-trial in the case of Majuran Sathananthan vs. Brigadier Andige Priyanka Indunil Fernando commenced at the Westminster Magistrates’ Court yesterday (18), stated that the Government of the UK is requested to honour this obligation, which is reciprocal.

During the proceedings, the Court had heard the private prosecution’s case with prosecution witnesses giving evidence.

At the end of the days hearing, the Chief Magistrate had adjourned Court until the 19th of November, when the defence case would be further heard by the Court, according to the Foreign Ministry.

With regard to this issue, on the 01st of February 2019, the Chief Magistrate of the Westminster Magistrates’ Court had withdrawn an earlier arrest warrant issued against Brigadier Priyanka Fernando on January 21, by an initial lay bench of the Magistrates’ Court, citing a series of procedural flaws.

On 15 March 2019, the Westminster Magistrates’ Court had expunged an earlier conviction on Brigadier Fernando made under Sections 4 and 5 of the Public Order Act of the UK, and determined that “the defendant was convicted without representation”, and cited “a series of mistakes or errors that has led to procedural unfairness”, and called for a retrial under Section 142 of the Magistrates’ Court Act 1980.