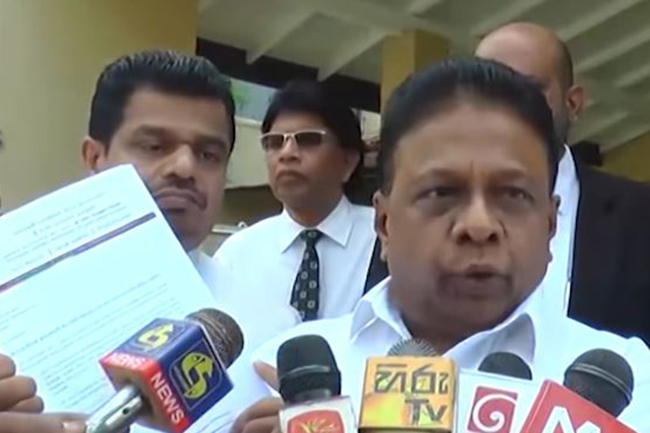 SLPP lodges complaint against State media for being partial

The representatives of the party met with the chairman of the Election Commission, Mahinda Deshapriya.

Commenting on the matter, MP Dullas Alahapperuma said the Election Commission’s chairman was informed about the biased policy exercised by State media and the documents pertaining to this were submitted along with electronic evidence.

He alleged that several ministries including the one under the authority of Minister Sajith Premadasa are misusing State funds.

Speaking on the matter, Election Commission’s chairman said legal actions would be sought against State media if they fail to maintain an unbiased policy, adding that the general public go to courts for the issues concerning the private media institutions.

Meanwhile, Commander of the Army Lieutenant General Shavendra Silva, commented on his statement which had been recently been used in a newspaper advertisement published as a part of presidential candidate Gotabaya Rajapaksa’s election campaign.

He stressed that this statement was made by him back in 2009 and that he has made a written submission to the Election Commission’s chief in this regard.