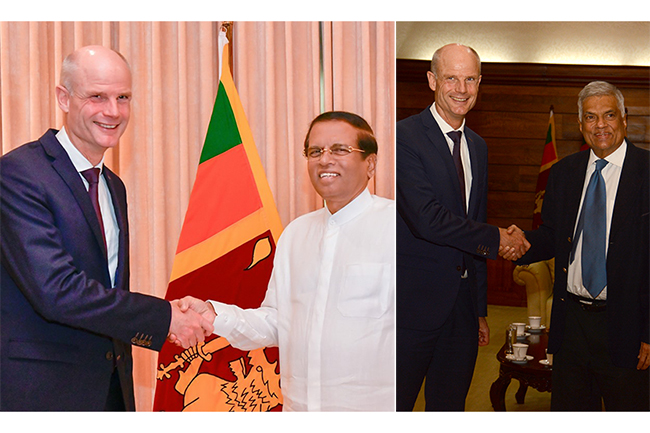 Dutch Foreign Affairs Minister Stef Blok says many democracies in the world have commended Sri Lanka for being able to maintain the free and democratic electoral system despite challenges.

Mr. Blok, who is in Sri Lanka for a two-day official visit, stated this when he called on President Maithripala Sirisena yesterday (19).

The President’s Media Division said lengthy discussions were held between the President and the Dutch foreign minister on the bilateral and regional affairs between Sri Lanka and the Netherlands.

President Sirisena has told the Dutch foreign Minister that he would be following a non-partisan position in the upcoming Presidential Election while assuring that the election would be peaceful, democratic and non-corrupt.

Mr. Blok has commended Sri Lanka for its commitment to restore democracy by upholding human rights and freedom while preserving democratic values.

He has also pointed out that the Dutch entrepreneurs are willing to boost investments in Sri Lanka.

PM Wickremesinghe has spoken of the possibilities of enhancing cooperation in different sectors based on the existing relations between the two nations.

The duo has further discussed various projects are being implemented in Sri Lanka with the assistance of the Netherlands and the current global political and economic trends.