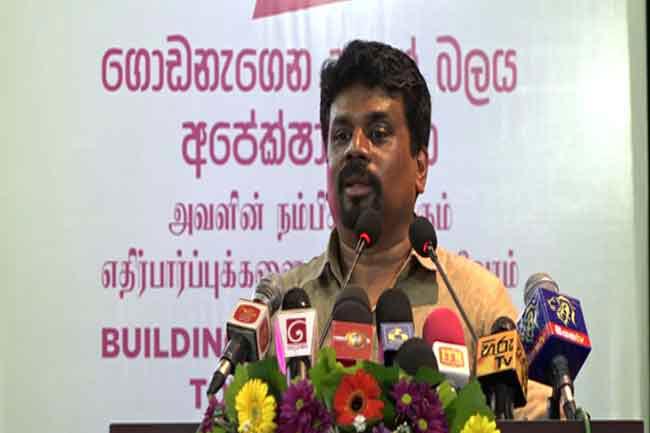 National People’s Power (NPP) Presidential Candidate Anura Kumara Dissanayaka says that they will stop sending Sri Lankan women to the Middle East for employment under a government of his.

The Leader of Janatha Vimukthi Peramuna (JVP) stated this speaking to a conference held at the Public Library today (20).

He says that women face many issues that are unique to them, just for being a woman. Therefore, many women who come back from foreign employment wish to return abroad again is to seek the freedom and the economic factors, states Dissanayaka.

The pressure in this country affects them to leave their husbands behind and go abroad, according to him.

Anura Kumara Dissanayake said that he will definitely stop women from going abroad for domestic work.