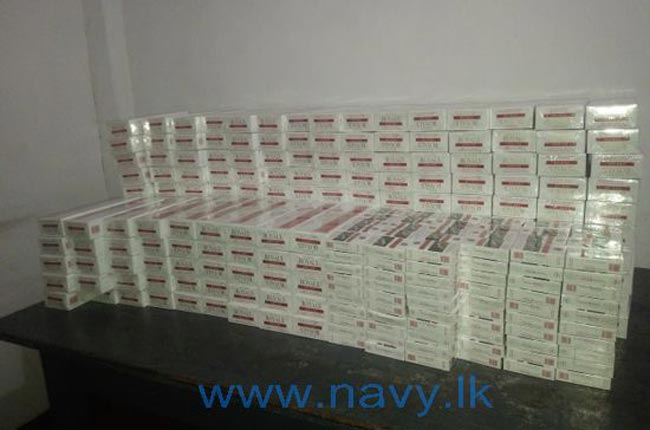 The Sri Lanka Navy in coordination with the Police apprehended a person with 43,600 foreign cigarettes at Periyamulla in Negombo yesterday (19).

Reportedly, this joint raid was carried out by the Western Naval Command in Coordination with the Negombo Police.

During the raid, they managed to apprehend the suspect who had 2,180 packets of illegal foreign cigarettes. The haul of cigarettes had been kept in a house with the intention of selling, stated the Sri Lanka Navy.

The apprehended person has been identified as a resident of Negombo, aged 23.

The Negombo Police are conducting further investigations into the incident.