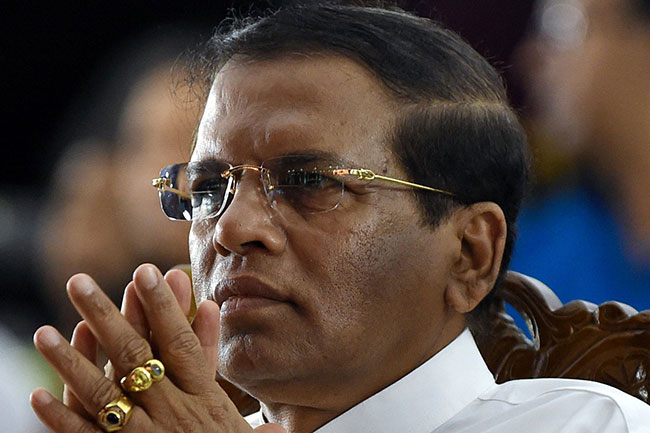 President Maithripala Sirisena left for Japan today (21) to participate in the coronation ceremony of Emperor Naruhito at the invitation of Japanese Government.

Japanese Emperor Naruhito ascended to the throne in May but formal enthronement ceremony is set for tomorrow (Oct. 22).

During his stay in Tokyo, the President will be received in a separate meeting by Prime Minister of Japan, Shinzo Abe and will meet with several heads of different states participating in this ceremony.

This will be President Sirisena’s third official visit to Japan since assuming office while his previous visits include attending the G7 Summit in May 2016.

The President will join several world leaders for the ceremony tomorrow (22) at State Hall of the Imperial Palace in Tokyo, the President’s Media Division said.

Following the ceremony, the new Emperor will host a banquet for the Heads of State, the Secretary General of the United Nations, representatives of the European Union, Heads of each Foreign Mission in Tokyo and several other invitees.

The visiting dignitaries will join a banquet hosted by the Prime Minister of Japan Shinzō Abe on October 23rd.

An Imperial procession that had been scheduled for Tuesday following the enthronement ceremony was postponed by the Japanese government to November 10 to focus on recovery efforts in areas seriously affected by Typhoon Hagibis.

However, preparations are well under way to complete Naruhito’s transition from crown prince to emperor, a process that began with Emperor Akihito abdicating the Chrysanthemum throne on April 30. Naruhito, 59, formally became emperor the next day, but the traditional crowning ceremony was set for the autumn.

The enthronement rituals, known as the “Sokuirei Seiden no Gi”, date back centuries.

At 1pm on Tuesday, Emperor Naruhito will give a speech from the canopied throne, also known as the Takamikura. He will be wearing a dark orange robe called a “Korozen no goho”, the design of which goes back to the ninth century and is only worn by emperors during important ceremonies. Empress Masako will be seated next to him, also dressed in elaborate robes.

Naruhito is expected to pledge to adhere to Japan’s pacifist constitution and to fulfil his duties as a symbol of the state and the unity of the people, as his father Akihito did at his enthronement in 1990.
When Naruhito has finished his address, Prime Minister Shinzo Abe will deliver a “yogoto” congratulatory message on behalf of the nation and lead guests in three “banzai” (long live the emperor) cheers.

The 30-minute ceremony will be followed by court banquets at the Imperial Palace, while the prime minister will host a similar banquet at the Hotel New Otani.

Around 2,500 people will attend the ceremonies and banquets, including members of other royal families from around the world. Prince Charles will represent Britain and will be joined by King Willem-Alexander of the Netherlands and his wife, Queen Maxima, as well as Belgium’s King Philippe and his wife, Queen Mathilde.