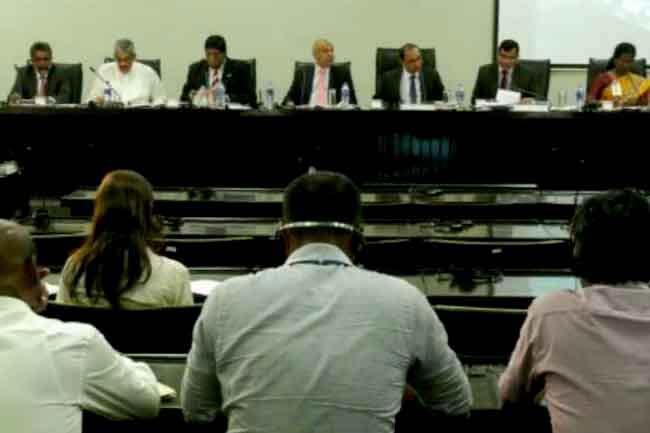 Recommendations of PSC presented to Parliament on Oct 23

The Special Parliamentary Select Committee appointed to inquire into the Easter Sunday attacks will present its recommendations to the parliament on the 23rd of October, stated the Chairman of the Committee Deputy Speaker Ananda Kumarasiri.

The preparation of the nearly 200-page long report is nearing completion, stated Kumarasiri.

Reportedly, the Committee will submit recommendations and measures needed to be taken to avoid another incident such as the Easter Sunday terror attacks.

Stating that the certain reports on the Committee are false, Kumarasiri stated that the Special Parliamentary Select Committee was not appointed to find any person guilty.

“The parliament cannot recommend perpetrators linked to the attacks. That power lies within the judiciary.

The role of the Select Committee was to find out where the mistakes, shortcomings, and weaknesses that led to the attacks occurred”, he said.

Points such as the rise of such a backdrop in the East, failure to properly report such information, lack of coordination among security forces, and lack of proper evaluation of information received from intelligence services were looked into by the Committee, stated Kumarasiri.