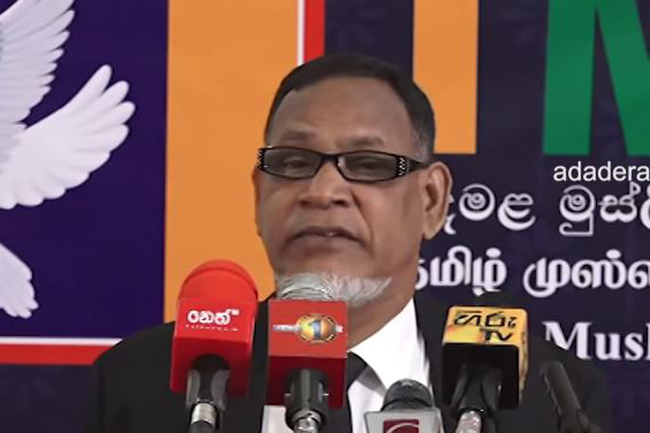 The Tamil Muslim National Alliance has confirmed that it would support Sri Lanka Podujana Peramuna’s candidate Gotabaya Rajapaksa at the forthcoming Presidential Election.

Holding a media briefing yesterday (21), the chairman of the Alliance, Attorney-at-Law Abdul Raheem stated that Opposition Leader Mahinda Rajapaksa promised to ensure the safety of Tamil and Muslim communities in the country.

He said concerns existed with regard to the security of Muslims on the occasion that Gotabaya Rajapaksa wins the Presidential Election, however, the discussion held with the former President had put the concerns to rest.

Addressing the media briefing, Moulvi Rizwan Saudi said, they helped ‘Yahapalana’ government to come to power with the hopes that the security of the Muslims would be ensured. However, the government has failed to do that, he said, adding that behind Prime Minister Ranil Wickremesinghe are India and the US forces. The political policy of Gotabaya Rajapaksa and Mahinda Rajapaksa is to develop the country, he said further.