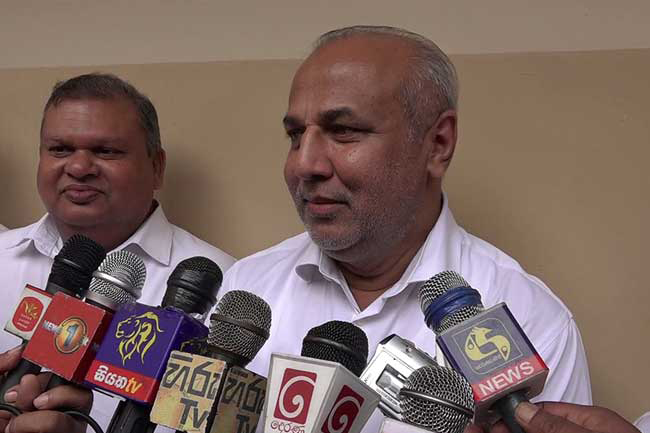 Hakeem to make special statement at Parliament on controversial video

Leader of Sri Lanka Muslim Congress Minister Rauff Hakeem is due to make a special statement in the Parliament tomorrow (23) with regard to the controversial video released to the media containing an alleged meeting between him and the ringleader of Easter Sunday attacks, Zahran Hashim.

The Minister stated this speaking to the media after visiting chief incumbent of Malwatta Thera today (22).

He said he would make a revelation on the people seen in the controversial video.

Certain people are attempting to deliver a misleading image of himself to the Sinhalese people, Minister Hakeem said.

Meanwhile, the final report of the Parliamentary Select Committee appointed to look into the Easter Sunday terror attacks is to be tabled in Parliament tomorrow.