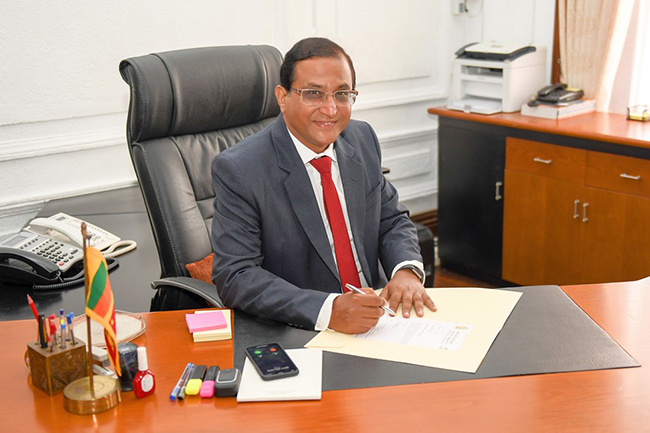 Presidential Secretary assures there is no terrorist threat in the country

Secretary to the President Udaya R. Seneviratne has issued a statement urging the general public not to be alarmed by the false and distorted statements that claim there is an imminent threat of terrorism in the country.

He has further stated that the security forces have taken measures to ensure the security of governmental institutions, other places of national importance and the general public.

The statement of Mr. Seneviratne stated that in the aftermath of the Easter Sunday terror attacks, a special circular was issued on the 23rd of April 2019 to ensure the security of government institutions and places of national interest. Letters containing general reminders and instructions were later issued to affirm the security at such institutions.

Mr. Seneviratne says that he has received reports that certain parties are circulating theses letters by misinterpreting and misusing the facts sin the circular to cause unnecessary, baseless fear among the general public.

Hence, he urged the public not be alarmed by such false and distorted statements.