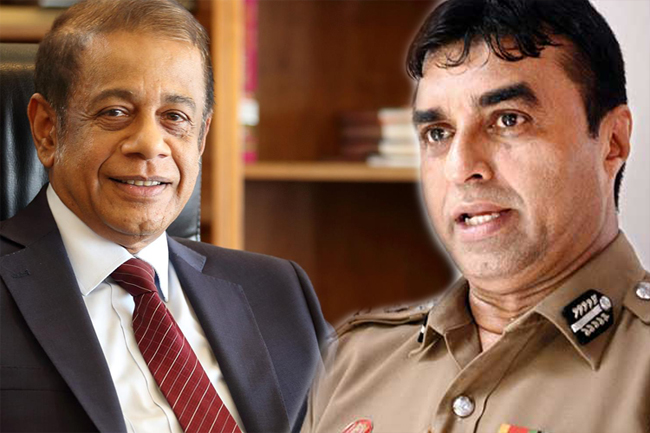 The Colombo Additional Magistrate Priyantha Liyanage delivered the order when the case against the duo was taken up today (23).

On October 09, the Colombo High Court dismissed the previous order issued by the Colombo Magistrate’s Court granting bail to the IGP and former Defence Secretary, who were charged with failing to prevent the Easter Sunday terror attacks. The two defendants were subsequently ordered to be remanded.

Deputy Solicitor General Dilipa Peiris has told the court that the bank accounts of the suspects in the case are being probed further and that a large number of statements pertaining to the incident have already been recorded.

He requested the Additional Magistrate to remove the lawsuit from the Colombo Chief Magistrate and direct it to another Magistrate.

In response, the Additional Magistrate stated that the proceedings of the case continue before Chief Magistrate Lanka Jayaratne.

He also ordered to further remand the two defendants until November 6th and called for a report on the progress of the ongoing investigations.

IGP Pujith Jayasundara and former Defence Secretary Hemasiri Fernando were taken into custody for allegedly failing to prevent the coordinated terror attacks that claimed the lives of over 250 persons on Easter Sunday even after receiving forewarnings on the matter.