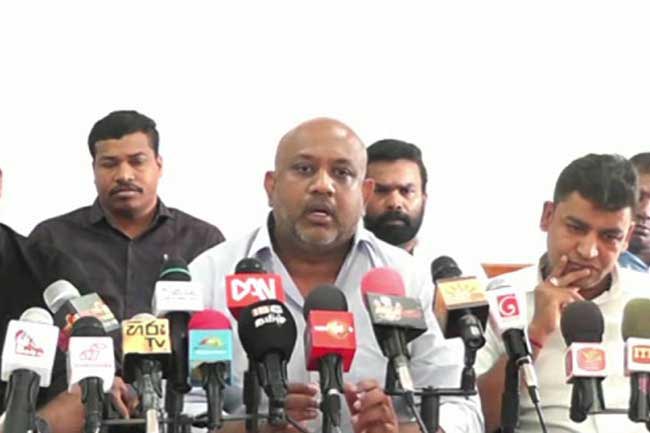 The youth in North call for development from the Presidential Candidate Gotabaya Rajapaksa instead of an Eelam, according to a group of Tamil intellectuals.

They expressed these views at a press conference held at the office of the ‘Wiyath Maga’ in Colombo, today (24).

They stated that they believe in the vision of Gotabaya Rajapaksa.

They stated that they have come to this decision because the United National Party (UNP) government, for the past 5 years, had not made any progress – whether in economic terms or a political solution – for the Tamil people.

To give that economic stability we feel that Mr. Gotabaya Rajapaksa is the right person.”