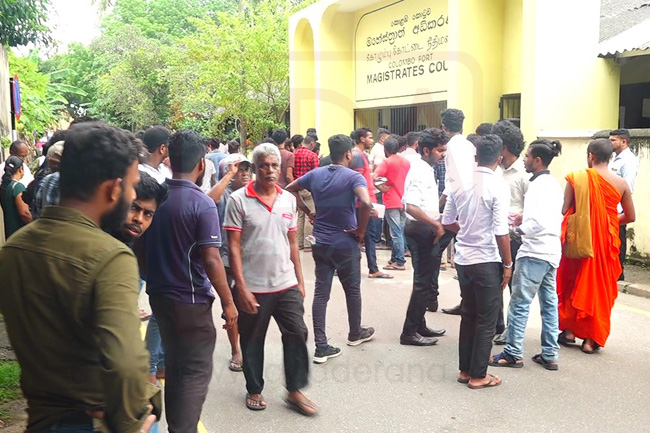 Fifty-two members of the Inter-University Students’ Federation, who were arrested last evening (24) during the protest carried out at the Lotus Road, have been released on bail.

They were produced before the Colombo Fort Magistrate’s Court today (25).

The magistrate had imposed a personal bail of Rs. 100,000 on 52 of the arrested students.

However, one student was ordered to be remanded until November 08th as there is another ongoing court case pertaining to him.

The Inter-University Students’ Federation engaged in a protest march last evening and 53 of them were taken into custody yesterday under the charges of obstructing the public and unlawful assembly.

Shortly after the Lotus Road was temporarily closed as the protest was obstructing traffic on the road, the Police fired tear gas and water cannons at the protestors to disperse the crowd.

The protesting students have moved forwards disregarding the barriers set up by the Police and attempted to march up to the Presidential Secretariat.