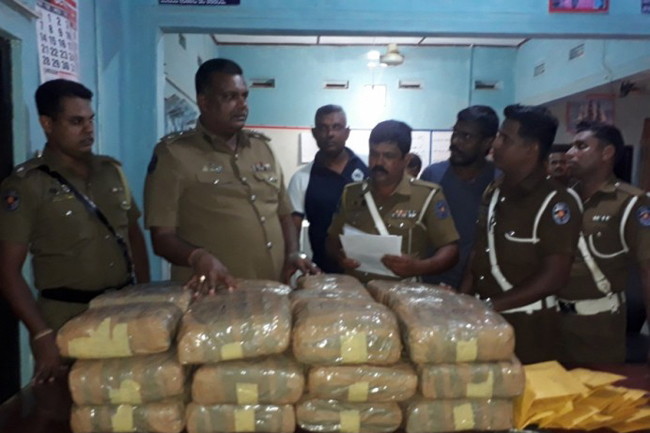 Kankesanturai Police has arrested a suspect along with 80kg of Kerala Cannabis.

The officers of the traffic division of Kankesanturai Police had inspected a suspicious vehicle and uncovered the haul hidden inside.

The Kerala Cannabis haul, which is estimated to be worth over Rs 10 million, had been smuggled into the country from South India via sea routes.

One suspect had fled the scene at the time the police officers made the arrest.

The arrested suspect is a 36-year-old from Kilinochchi area and he was to be produced before Mallakam Magistrate’s Court today.

Kankesanturai Police is conducting further investigations on the incident.