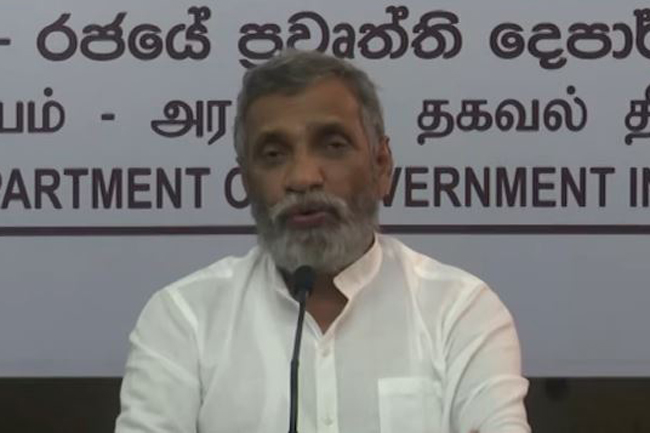 The Chairman of Election Commission Mahinda Deshapriya has requested the general public to refrain from conducting model polls ahead of the upcoming Presidential Election 2019.

He made this remark speaking at the media briefing held at the Department of Government Information last evening (25).

Deshapriya says the Election Commission has received reports on such model elections that have been carried out at private institutions and tuition classes and their results were released via social media platforms.

It would appear that there is nothing wrong with these model elections, however, under Article 78 of the Presidential Elections Act, this move can be considered as an ‘undue influence’, he pointed out.

The Election Commission chairman also spoke against generalizing the results of such model elections for the entire island.

He said the election is being held for the entire country on a single day and the results are being released simultaneously, with the intention of minimizing the effect that the results of a certain area affecting another.