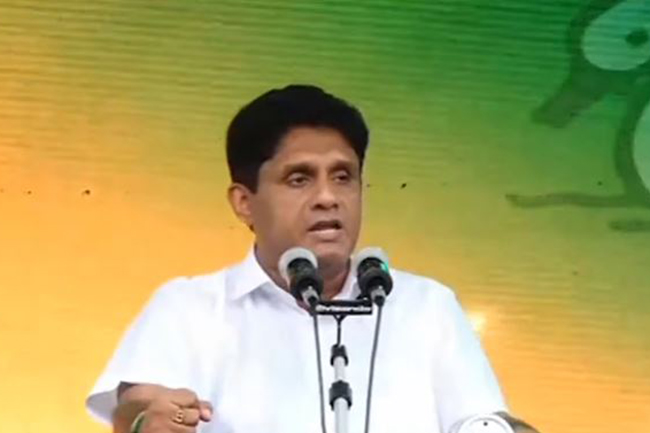 Addressing a public meeting held at Rakwana area today (26), Premadasa said the Defence Minister and Law & Order Minister will be given complete powers to take measures to eradicate religious terrorism and modern terrorism from the country.

Premadasa pledged to wipe out the drug menace from the country just within 24 months if he were to become the President.

Speaking to the general public during a meeting held at Embilipitiya area today, Premadasa said he would establish a Minor Export Crops Authority.

He then vowed to slash the debts of the women who have been burdened by microfinance loans.