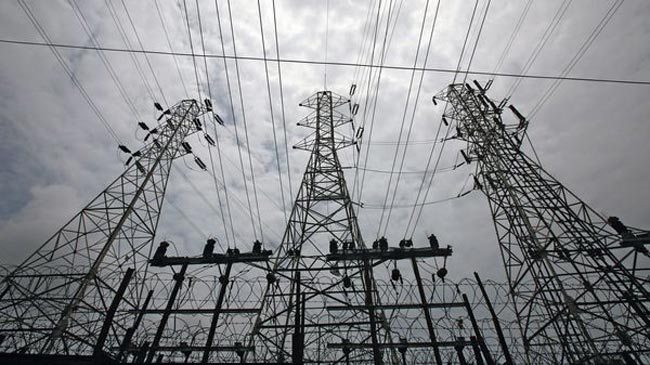 As part of India’s strategy of creating a new energy ecosystem for the neighbourhood, the National Democratic Alliance (NDA) government is exploring to set up an overhead electricity link with Sri Lanka to supply power to the island nation.

The change in strategy is being considered after the earlier proposed under-sea power transmission link plan turned out to be prohibitively expensive and comes in the backdrop of China’s ambitious Belt and Road Initiative (BRI).

“We have to connect Sri Lanka because Sri Lanka needs power. The undersea link would be expensive. They are also talking about overhead transmission link,” said a senior NDA government functionary requesting anonymity.

Cross-border energy trade is a key part of Narendra Modi’s South Asia-focused, neighbourhood-first policy. The electricity link is part of India’s strategy to negate the growing influence of strategic rival China in the Indian Ocean region and South Asia. In recent years, China has tried to co-opt Sri Lanka into its ambitious “One Belt One Road” initiative—a programme to invest billions of dollars in infrastructure projects including railways, ports and power grids across Asia, Africa and Europe.

The earlier plan involved state run Power Grid Corporation of India Ltd (PGCIL) setting up a link for 1,000MW between India and Sri Lanka, of which 30km will be under the sea. The India-Sri Lanka transmission link was to run from Madurai in Tamil Nadu to Anuradhapura in Sri Lanka’s north-central province.

Mint reported on 9 November 2009 about the Srilankan government questioning the long-term feasibility of the project that is meant to enhance economic and political ties between the neighbours. The proposal earlier also faced opposition from the Tamil Nadu government.

“Over the last few years, India has moved to a well coordinated and cohesive national market, which has helped tide over the disparity in demand and supply among states and regions in the country. The benefit of this transition that we have witnessed in our nation can be offered to our neighbors as well with the integration of Nepal, Bhutan, Bangladesh and Sri Lanka,” said Prabhajit Sarkar, managing director and chief executive officer of Power Exchange India Limited (PXIL).

India has been supplying power to Bangladesh and Nepal and has also been championing a global electricity grid that may initially aim to link countries such as Myanmar, Thailand, Cambodia, Laos, and Vietnam with the sub-continent. India’ energy diplomacy initiatives range from cross-border electricity trade to supplying petroleum products and setting up liquefied natural gas (LNG) terminals.

“Participation in a common power market would lead to better utilization of generation assets, wider benefit of efficient price discovery, and reduced counter-party search and transaction efforts for all participants. The cross border trading regulation has already been notified, and within the next few months it is expected that a vibrant market would take shape allowing our neighbors to also benefit from highly liquid and extremely efficient power exchange developed in India,” Sarkar added.

This also comes in the backdrop of a crisis in Indian electricity distribution companies (discoms) because of their poor financial health, which has resulted in delayed payment to generation utilities. Selling electricity to its neighbours will also help Indian utilities improve their financial conditions. The discoms owe Rs76,336 crore for the power bought from the generation companies (gencos) at the end of July, according to information available on the union power ministry’s PRAAPTI portal. This comprised Rs56,710 crore as the overdue amount.

To counter Beijing, the US is also seeking a bigger role for India in stabilising and maintaining the rule of law in the Indo-Pacific region–a large swathe of land and sea stretching all the way from the west coast of the US to the shores of east Africa. US ambassador to India Kenneth Juster on 14 October also spoke about creating a supporting architecture for Indo-Pacific, the Asia-Edge initiative by enhancing development and growth through energy and rules based and transparent energy markets. A pushback against China’s ambitious Belt and Road Initiative is also taking place in the Indo-Pacific region with a grouping also known as the “Quad” of India, the US, Australia, and Japan.