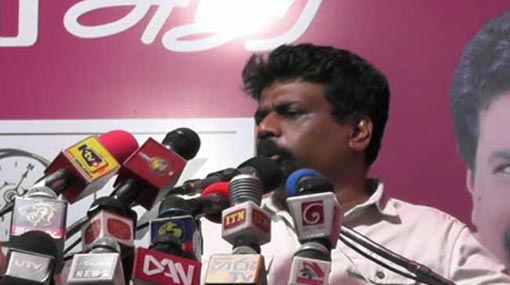 He mentioned this addressing a public meeting held in Eravur, Batticaloa.

Further speaking, he pointed out that the Easter attacks was an attack on Muslims as well as Catholics.

Dissanayaka declared that he will never join racists or extremists to his political campaign.

He further said that the safety of the country cannot be ensured before defeating extremism.

Since Sajith Premadasa and Gotabaya Rajapaksa are good friends, those who are planning to vote for Sajith might as well give it to Gotabaya, the Janatha Vimukthi Peramuna (JVP) Leader said.