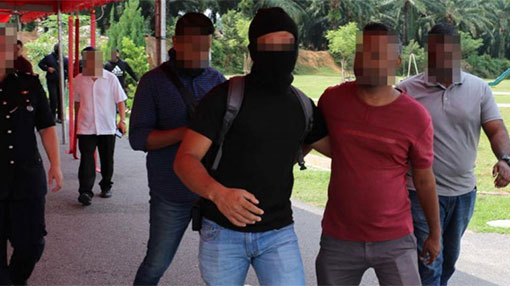 The arrest of the men has raised tensions within Malaysia’s governing coalition Pakatan Harapan that includes the DAP, with claims and counter-claims over their alleged involvement in raising funds and trying to revive the defunct group Liberation Tigers of Tamil Eelam (LTTE).

The LTTE is deemed a terrorist group and banned in Malaysia.

Deputy Commissioner Ayob, who heads the Special Branch’s Counter Terrorism Division said on Sunday that the police have wrapped up their investigations of the detainees and are satisfied with the probe so far. The probe started in November last year, leading to the arrests.

The Attorney-General’s Chambers (AGC) could decide to continue detaining them without trial under the country’s security laws, release them, or charge them in open court as requested by the DAP.

“The investigation papers were forwarded to the AGC on Wednesday,” Datuk Ayob told reporters at police headquarters. “We are now waiting for further instructions from the AGC”.

He said the division has arranged visits for close family members of the detainees for the Deepavali celebrations on Sunday. They were given two-hour slots for the visits, between 9am and 5pm.

Family members were also allowed to bring food for the detainees, he added.

“Some detainees experienced gastric issues and stomach aches. It is normal as some might have be used to the food provided in detention,” DCP Ayob said.

The two DAP state assemblymen are P. Gunasekaren from Negeri Sembilan and G. Saminathan from Melaka.